Being part of AgReliant Genetics – one of the largest independent seed-only organizations in the United States – means we have access to the best traits and germ plasm in the industry. Combine that with extensive quality control and state-of-the-art facilities, and the result is high-quality seed, bag after bag.

AgReliant’s research program ranks among the top five in the United States, guaranteeing that we’re always on the leading edge of hybrid development. Advanced techniques – like doubled haploid breeding – let us develop new imbred lines in half the time of traditional breeding for quicker release of new traits and truly pure, uniform genetics.

LG Seeds is the third largest seed corn company in the United States and is proud to be part of the AgReliant Genetics Organization.

Who is AgReliant Genetics?

Global Resources – AgReliant Genetics was formed in 2000 to server the United States market by KWS of Germany and Groupe Limagrain of France.

Strong Foundation – KWS and Groupe Limagrain are the two largest independent seed companies in the world with over 200 years of combined seed experience.

AgReliant Genetics launched a significant corn breeding operation in the year 2000. This program ranks among the best in the industry and is recognized world-wide for its proprietary “di-haploid” or double haploid breed process.

Please call us at 712-260-4240 or email paulbenson@seedprofessionals.com to set up an appointment. 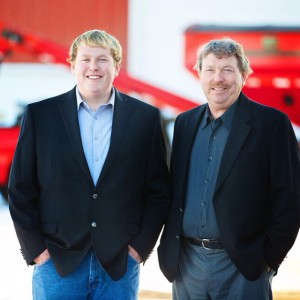